I decided that if I'm going to post photos of my dolls in chronological order I should probably write a little blurb to go with it since currently the photos are more or less the same. I was going to do this on Instagram but after fighting with it several times I've decided to keep it short on Instagram and leave the rambling for here. 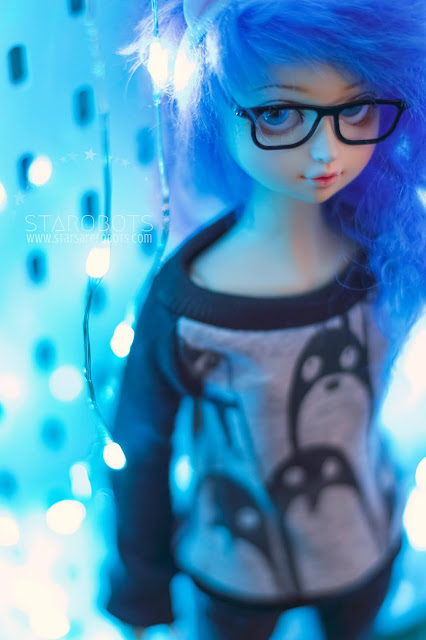 Name: Clay
Arrival: March 2006
Clay was my first doll that I purchased. I had planned to buy a Dream of Doll U and last minute made the decision to also purchase a Mir after staring at the thumbnail for several days. Back in 2006 it was common for Dream of Doll to list items as "out of stock" while they were fulfilling orders and I had several days of waiting since all of the "guardian boys" were out of stock both in basic and full-set versions and U was one of those 4.
When U was finally restocked, only the basic version was available and not the full-set that was my initial plan since it was my first doll and I didn't like the idea of not having any clothing for them. (Si, Hoo and Wu were unavailable basic after the restock and only available as full-set, go figure.) I decided that since I wasn't able to get what I'd originally planned, I would spend a little more and get the girl I'd been casually looking at while I waited (since my plan was to get more from Dream of Doll in the future since I liked their sculpts so much at the time).
After about 2 months of waiting and an initial struggle to pay through PayPal (the early days when you needed certain things to be able to pay over $500 and had to send an e-cheque instead of a transfer, yikes), they both finally arrived. I'd had plans for the U and for another boy doll after that but I had no plans for Clay. Thankfully she at least hair hair and eyes when she arrived (since Dream of Doll gave hair and eyes for every doll at the time as well as a carrying case).
She arrived with no magnets in her head and instead her S-hook was attached to the head cap and her pupils were dead centre in her eyes. Since this was 2006, she was also assembled from the head down which meant you had to disassemble from the feet upwards to fix the problem of her eyes since the tension kept the head cap in place and you could only slide it a few centimetres in any direction--barely enough to squeeze a finger into the gap that was left.
During my first attempt to pose my two brand new dolls together for some photos, while I was still working out their names and who their characters were, Clay's arm snapped from one position to another, striking the back of the U's head and knocking him face down, causing a dent in his nose (not to worry, I later discovered it was only the MSC that was dented). Being a troublemaker has been part of her character ever since.
She went through 3 different names and different characters before I decided to scrap what I had initially planned and go with something else that I had written before I got into dolls. The character I had written was very different from how Clay turned out but some aspects were the same and as a result a new version of the character came to be.
I've had her for 15 years now and she's one of the only dolls I own that I've never considered selling.

at 10:06 AM No comments:
Email ThisBlogThis!Share to TwitterShare to FacebookShare to Pinterest

So far I have taken profile photos for 3 dolls on my list. At this rate I might be done in two months lmao.

For the first time in a long time I decided to take photos of one of my SD couples. I've had issues posing them together in the past (and as I discovered last night, in the present as well) because their bodies are older style that can barely even sit never mind anything else. But I had pulled them out to take photos for their profiles so I figured I might as well give it a shot and maybe get some cute Valentine's Day photos. No props or anything because it was spur of the moment (and getting them just to sit next to each other was already a challenge...).

Both of these guys were recently repainted by my friend CallMeGorgeous BJD Aesthetics. 💖 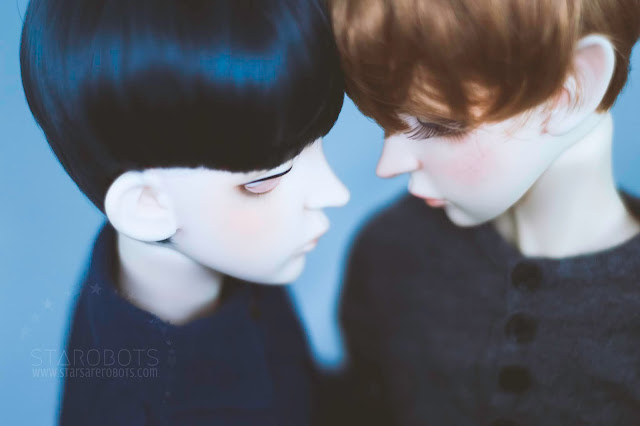 A friend of mine suggested photographing my dolls in chronological order from when I received them as a way of deciding which dolls to take photos of when the answer is inevitably both "all of them" and "none of them" as the sheer number owned between my wife and I is often overwhelming (and surprising).

So I sat down the other day and wrote out a list, using Instagram posts and email receipts to piece together a timeline of when my dolls arrived. I only know specific days for a handful of them (my very first and 2 that coincidentally arrived on the same day as two different family members), so I limited my list to "month" and "year".  I'll be keeping a record here so that I can check off ones I've completed.

Aside from the recent photoshoot with Clay, my initial plan is going to be to take new profile headshots for each doll so I can properly update the "doll profile" page on this site. It's woefully out of date and while some photos were taken in the same setting, many were not and I'm the kind of person who likes stuff like that to match. 😅

So for now, until I take more photos (hopefully that will be soon, I'm rather in the mood lately), a list:

Read more »
at 12:20 AM No comments:
Email ThisBlogThis!Share to TwitterShare to FacebookShare to Pinterest
Labels: experiment 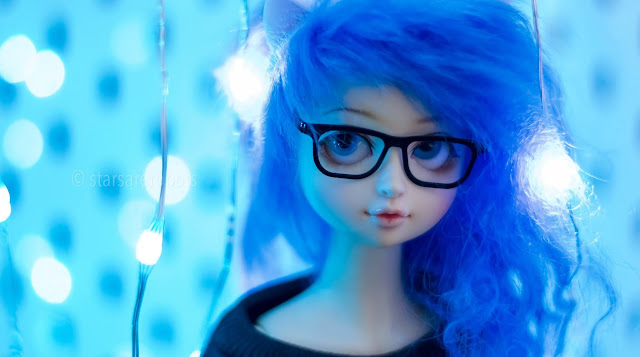 Tragically my laptop fell on the floor last week and dented the corner of the display causing terrible black outs, horizontal line textures and colour variations throughout the screen. I've since acquired a replacement but I am faced once again with the dilemma of needing Photoshop but not feeling that Adobe prices their applications appropriately--their Creative Cloud system looks like a nightmare.

So I have been looking for a replacement for Photoshop and research has led me to trials for Affinity Photo and Pixelmator Pro. Despite article claims that they are very similar/intuitive/better than Photoshop, the learning curve on these programs begs to differ. Thus far I am not satisfied with either program but I reckon that is more likely due to the 20 years I spent using Photoshop and not because these new applications are all that bad.

I decided to do a comparison and edit an older photo in each program to see what it was like. I'm probably going to continue my research by watching video tutorials since neither program is particularly transparent about how to do things I want and what exactly is happening.


Read more »
at 5:42 PM No comments:
Email ThisBlogThis!Share to TwitterShare to FacebookShare to Pinterest

Any time I want to do something cute/romantic/sappy the first couple I always think of is Rose and Ruby. <3

Ruby is a plumber and works long hours, which often means he's up early and home late. Meanwhile, Rose is a blogger and works from home, so he spends a lot of time missing Ruby. 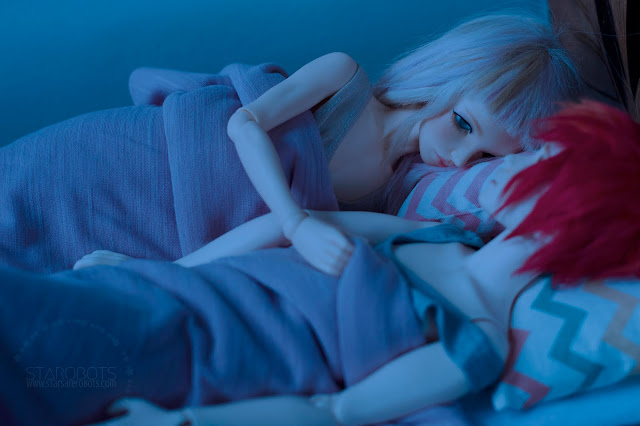 Just over a week ago my wife and I were reunited with our very dear friends who live a province over. Our time was too short so the photos from that time are few and I have some regrets about that but I'm happy we spent the time doing other things instead. <3

Here are some photos of our DDs together.